The United Nations of Earth reporting on this issue: "Sudan and South Sudan - Int'l Criminal Court (ICC) Prosecutor Briefs Security (9 June 2021)"
The topics: Briefing by Fatou Bensouda, International Criminal Court Prosecutor, on Sudan and South Sudan. -- In her last briefing to the Security Council, ICC Chief Prosecutor Fatou Bensouda said the developments in Sudan “amply demonstrate that the arm of justice is long and patient,” adding that justice and the voice of the people “ultimately prevailed.” Briefing the Council via teleconference today (09 Jun) on the situation in Darfur, Bensouda said many stood in the way of her office on the dossier while many other supported the ICC’s path to justice. She said, “Justice may be delayed by those who stand in its way, but justice has more durability than politics of a few whose aim is to shield culpability.” Bensouda said her visit to Darfur last week opened her eyes to what the ICC and the people of Darfur have been fighting for over the years. She said the welcome she received was one of the most humbling experiences in her life and hoped that it would remain a reminder to stay focused on achieving justice for the victims and finding lasting peace for the people of Darfur. The ICC Chief Prosecutor said, “This first-ever visit of ICC to Darfur, in more than 15 years since this Council referred the Darfur situation to my office, has rekindled the hope of resolution 1593. We cannot allow that rekindled light to be extinguished again through our inaction or half-hearted ineffective action.” Bensouda stressed that people in Darfur continue to yearn for peace, security, food, water, health, education for their children and return to their homes. They continue to seek an end to the violence, the disarmament of militias and compensation for their long suffering. She said the withdrawal of the UN-African Union Hybrid Operation in Darfur seems to have created a vacuum that still needs to be filled. The ICC Chief Prosecutor said noted that addressing these issues will not only require the restoration of trust between government authorities at all levels and the people of Darfur, but also resolution of the causes of the root issues that have bedevilled the region over the years as well as the support of the international community. She said, “Darfur victims continue to have hope in us. We must heed their clarion call for the surrender of those wanted by the ICC to face independent, impartial, and fair judicial process that respects all their rights, much as the alleged perpetrators themselves denied rights to the people of Darfur over the years.” Bensouda said the ICC and the Government of Sudan have turned a new page in their relationship, adding that the old days of hostilities and non-cooperation have been replaced by constructive dialogue and a good spirit of cooperation. However, she reminded that the road ahead remains long and fraught with dangers as the transition in Sudan still needed nurturing to mature and peace and justice continue to elude the people of Darfur. Bensouda underscored the need to execute the four outstanding ICC warrants adding that suspects must be handed over to the ICC. She stressed the urgent need in particular for the transfer of Ahmad Muhammad Harun to ICC custody as a matter of priority. Harun and Ali Muhammad Ali Abd-Al-Rahman were jointly charged in many of the same crimes but their cases were separated after Abd-Al-Rahman voluntarily surrendered himself to the ICC. Bensouda said there is still a window of opportunity to re-join the cases at trial if Harun is surrendered to the ICC now. Bensouda said there were credible reports that Harun has indicated his wish to be transferred to the ICC. She appealed to the Council to “to prevail upon Sudan to immediately honour Mr Harun's wish and facilitate his surrender and transfer to the ICC without delay.” In late May, Pre-trial Chamber 2 convened the confirmation of charges hearing for Abd-Al-Rahman, during which the Chief Prosecutor’s office presented evidence that there are substantial grounds to believe that he was responsible for all 31 counts charged in relation to crimes alleged to have been committed between August 2003 and March 2004. The Chief Prosecutor said, “Sudan is under a legal obligation to surrender the suspects pursuant to resolution 1593. The Juba peace agreement is also clear that all suspects must appear before the ICC, and that Sudan should fully cooperate with ICC in its investigations and prosecution of these suspects. Sudan has to tangibly demonstrate that the new Sudan is now a fully-fledged member of the international community that has joined the fight against impunity and is fully committed to justice and the rule of law. Almost all the suspects are in the custody of the Government of Sudan, and there is no legal impediment to their surrender to ICC.”


Click here for more information, to subscribe to the channel of United Nations or to watch the video on YouTube.
Reported by Pierre Bourdain at June 09, 2021 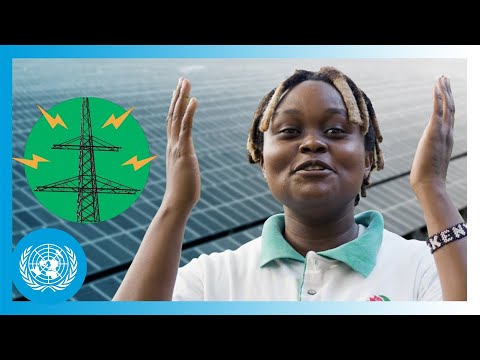