The United Nations of Earth reporting on this issue: "Mali, Afghanistan, Ethiopia & other topics - Daily Press Briefing (11 August 2021)"
The topics: Noon briefing by Stéphane Dujarric, Spokesperson for the Secretary-General. Highlights: - Mali - Afghanistan - Ethiopia - South Sudan - Libya - Guinea - Covax - Madagascar - Financial Contribution MALI The Secretary-General strongly condemns the attacks perpetrated against civilians that took place on 8 August in Gao where at least fifty civilians were reportedly killed and several wounded. The UN peacekeeping mission on the ground sent peacekeepers to the area to protect civilians and has increased its day and night patrolling to deter any further attacks and facilitate the delivery of basic services in the affected area and that was done in coordination with the Malian Defense and Security Forces. For his part, the Secretary-General extends his deepest condolences to the bereaved families. He wishes a speedy recovery to the injured. These deliberate attacks against civilian populations constitute serious violations of international human rights and international humanitarian law. The peacekeeping mission stands ready to assist the Malian authorities in bringing the perpetrators of these crimes to justice.  AFGHANISTAN Since the start of the year, nearly 390,000 people have been newly displaced by conflict across the country, with a huge spike since May. Our humanitarian colleagues tell us that between 1 July and 5 August 2021, the humanitarian community verified that 5,800 internally displaced persons have arrived in Kabul and are seeking safety from the conflict and other threats. They have received assistance including food, household items, water and sanitation support. Most of those staying in Kabul are hosted by friends and family, but a growing number are staying in the open. Ten teams were deployed today to assess the situation for people staying outside in parks and open spaces. They identified an additional 4,522 displaced men, women and children in need of shelter, food, sanitation and drinking water. A temporary health clinic and mobile health teams are providing health services to these people. Despite a worsening security situation, humanitarian agencies are staying and delivering to people in need, reaching 7.8 million people in the first six months of this year. The ability of the United Nations and local and international NGOs to stay and deliver depends on the removal of bureaucratic hurdles by the parties, staff safety, and additional funds being urgently mobilized. The $1.3 billion Humanitarian Response Plan for Afghanistan remains just 38 per cent funded, leaving an almost $800 million shortfall. ETHIOPIA The Office for the Coordination of Humanitarian Affairs inform us that the situation in Tigray is volatile and unpredictable, and there is spillover of the conflict to neighbouring Afar and Amhara regions. In Amhara, an estimated 200,000 people have been displaced and in Afar, more than 76,000 people are reportedly displaced following the entry of Tigray forces into the region. OCHA is also looking into information that a health clinic and a school being used to shelter internally displaced people in Galikoma Kabele in the Fenti Zone were shelled and that a warehouse was ransacked. Within Tigray, humanitarian access has significantly improved with an estimated 75 per cent of the area now accessible, but the flow of humanitarian supplies into the region remains insufficient. Access via the only road through Afar Region remains partially open due to insecurity and thorough searches at checkpoints. Staff rotation to and from the region is improving. Last week, the UN Humanitarian Air Service operated two flights from Addis Ababa to Mekelle as planned. Convoys transporting UN staff from Mekelle to Semera took place on 3 August and 6 August. Full Highlights: https://www.un.org/sg/en/content/ossg/noon-briefing-highlight


Click here for more information, to subscribe to the channel of United Nations or to watch the video on YouTube.
Reported by Pierre Bourdain at August 11, 2021 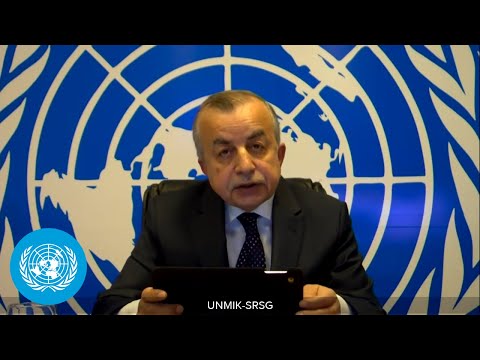