The United Nations of Earth reporting on this issue: "Secretary-General, Libya, Ethiopia other topics -Daily Press Briefing (24 Nov 2021)"
The topics: Noon briefing by Farhan Haq, Deputy Spokesperson for the Secretary-General. Highlights: - Secretary-General - Libya - Ethiopia - Yemen - UNIFIL - Afghanistan - Myanmar - Open Day On Women Peace And Security - International Day For The Elimination Of Violence Against Women - Noon Briefing Guests SECRETARY-GENERAL In Colombia this morning, the Secretary-General held a meeting with the heads of the Comprehensive System of Truth, Justice, Reparation and Non-repetition. He also attended an event in commemoration of the Fifth Anniversary of the signing of the Final Peace Agreement. The Secretary-General stressed that after more than five decades of conflict, and awareness of the suffering it caused, we have a moral obligation to ensure that this peace process is successful. He noted that this anniversary provides an opportunity to celebrate the achievements of the Final Peace Agreement, acknowledge the challenges it faces, and renew our collective commitment to fulfill its promise to build a stable and lasting peace. Following the event, the Secretary-General had a bilateral meeting with leaders of the former FARC-EP guerilla movement. And this afternoon, he will meet with representatives of civil society; he’ll visit the “La Paz es Productiva” fair in Bogota and will also hold a meeting with President Iván Duque and officials of his government, as well as with victims of the armed conflict. This will be followed by a joint press conference with President Duque. And yesterday, as you know, he visited a former Training and Reintegration area in Llano Grande, in the town of Dabeiba. He said that he appreciated having the opportunity to listen to community members, indigenous and Government authorities. The Secretary-General pointed out that they know better than anyone that peace does not occur overnight. It is hard to build, take care of, and sustain, he emphasized. In the afternoon, during an event in commemoration of the peace process in Apartadó, the Secretary-General noted that the Final Peace Agreement had the success of conceiving peace in Colombia not as a process imposed from above but as a great construction effort. He stressed that we must follow the path shown by the negotiations on the Agreement and ensure that women have their central place in the design and implementation of development programmes. Mr. Guterres is expected back in New York tonight. LIBYA Jan Kubiš, the Special Envoy for Libya, briefed the Security Council by VTC from Tripoli on the process leading up to the 24th of December elections. He said that a preliminary list of presidential candidates is expected to be announced later today. He warned that the political climate in Libya remains heavily polarized. He noted that vocal opposition to the holding of elections on the basis of the existing legal framework persists, as some leaders and constituencies continue questioning the legality of the electoral laws, while tensions are rising on the eligibility of some high-profile candidates. Mr. Kubiš called on all those that challenge the process or the candidates to channel them through the existing judicial mechanisms and to fully respect the verdict of the judicial authority. He said that the presence of foreign fighters and mercenaries continues to be of concern, although the ceasefire has continued to hold. Mr. Kubiš told the Council that he believes it is necessary to urgently relocate the Head of the UN Support Mission in Libya, UNSMIL, to Tripoli, and he noted that he has previously expressed support for splitting the positions of the Special Envoy and the Head of Mission, and for locating the Head of UNSMIL in Tripoli. In order to create conditions for this, he added, on the 17th of November 2021, he tendered his resignation. The Secretary-General yesterday accepted his resignation, effective as of the 10th of December. Full Highlights: https://www.un.org/sg/en/content/noon-briefing-highlight?date%5Bvalue%5D%5Bdate%5D=24%20November%202021


Click here for more information, to subscribe to the channel of United Nations or to watch the video on YouTube.
Reported by Pierre Bourdain at November 24, 2021 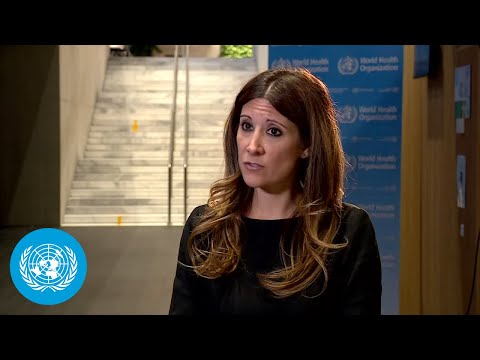