The United Nations of Earth reporting on this issue: "The Gambia, Ethiopia & other topics - Daily Press Briefing (3 December 2021)"
The topics: Highlights - The Gambia - Ethiopia - Central African Republic - UN/AU Conference Final Communiqué - Myanmar - Solomon Islands - Malawi/COVID-19 - International Day of Persons with Disabilities THE GAMBIA The Secretary-General welcomes the completion of the work of the Gambian Truth, Reconciliation and Reparations Commission and the submission of its final report on 25 November to the President of the Republic of The Gambia. The Secretary-General commends the Commission for its tireless work and urges the Government to ensure speedy follow-up action on the recommendations contained in the report. The United Nations remains a staunch partner in the transitional justice process in The Gambia and stands ready to continue supporting national efforts towards the full implementation of the Commission’s recommendations to ensure justice, reparations for victims and closure, as necessary steps towards national reconciliation and social cohesion. As Gambians prepare to exercise their civic right to vote for their next President, the Secretary-General calls on the electoral management body, candidates, political party leaders and their followers, through their conduct, to ensure a peaceful environment conducive to a credible, inclusive and transparent presidential election. An additional note on The Gambia, just to add that the Head of our Office for West Africa and the Sahel, Mahamat Saleh Annadif, and Martha Ama Akyaa Pobee, the Assistant Secretary-General for Africa here in New York have begun a visit to the country. They are there to support The Gambia in its efforts to organize a peaceful, inclusive and transparent presidential election. This election, as you know, is scheduled for tomorrow as I mentioned. They will meet with the election observation missions deployed to The Gambia, civil society organizations, and the UN country team. ETHIOPIA Moving to the other side of the continent in Ethiopia, in the northern part of the country, our humanitarian colleagues have advised us that the conflict there continues to drive large-scale displacement, loss of livelihoods and limited access to markets, food and basic services. The latest numbers of people impacted are: 3.7 million people in Amhara, more than 500,000 people in Afar, and 5.2 million people in Tigray. Of those at least 400,000 are believed to be facing famine-like conditions. Our humanitarian partners have limited access to a large segment of the population across these regions, though there have been some improvements in the past week. As the Secretary-General and we have told you, between November 24th and 30th, four convoys with 157 trucks loaded with humanitarian supplies arrived in Mekelle. Those were the first deliveries since 18 October. Fuel, however, has still not arrived in Tigray via the Afar route since August 2nd, with eight tankers currently in Semera in Afar waiting for clearance to proceed. On November 24th, the UN’s Humanitarian Air Service resumed twice-weekly flights between Addis [Ababa] and Mekelle, following their suspension on October 22nd. As a result, we along with our and humanitarian partners were able to rotate staff in and out of Tigray and transfer a limited amount of operational cash. Despite significantly reduced capacity, our partners in Tigray have continued to deliver life-saving assistance. Water and sanitation assistance was provided to more than 27,000 people with water trucking in Central Tigray in the past week, and health assistance has reached more than 23,000 people. Some 179,000 people have also received food assistance in the current round of food distribution. In Amhara and Afar, our partners are scaling up response, including food, nutrition and health services. More than 35,000 people in Dessie and Kombolcha have received food assistance, and more than 79,000 internally displaced people received health services in the past week. In Afar, more than 86,000 people have received food assistance in the current round of distributions. We will have a funding shortfall of about $1.2 billion remains to respond to the humanitarian needs across Ethiopia, including $335 million for the response in northern Ethiopia. Requirements for humanitarian operations in Ethiopia are expected to increase for next year, due to growing needs in the northern part of the country, as well as other parts. Full Highlights: https://www.un.org/sg/en/content/noon-briefing-highlight?date%5Bvalue%5D%5Bdate%5D=03%20December%202021


Click here for more information, to subscribe to the channel of United Nations or to watch the video on YouTube.
Reported by Pierre Bourdain at December 03, 2021 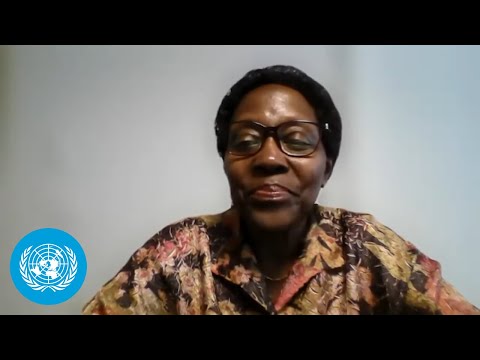