The United Nations of Earth reporting on this issue: "Somalia Attack, Yemen, Libya, South Sudan & other topics - Daily Press Briefing (12 January 2021)"
The topics: Noon briefing by Stéphane Dujarric, Spokesperson for the Secretary-General. Highlights: - Secretary-General Virtual Visit to United Kingdom - Security Council - Yemen - Libya - South Sudan - Madagascar - Ebola Vaccine Stockpile - Children SECRETARY-GENERAL VIRTUAL VISIT TO UNITED KINGDOM The Secretary-General is wrapping up his first virtual visit to the United Kingdom today. In a few minutes, he will be meeting with Prince Charles, the Prince of Wales. The meeting is expected to focus on the issue of climate change. This morning, the Secretary-General also had bilateral meetings with Lord Ahmad of Wimbledon, Minister of State at the Foreign, Commonwealth and Development Office, as well as with the Archbishop of Canterbury, the Most Reverend Justin Welby, who is also a member of the SG’s High-Level Advisory Board on Mediation. And, yesterday, during their meeting, the Secretary-General thanked Prime Minister Boris Johnson for his country’s support to the United Nations, as well as for the UK’s political and financial leadership in the fight against the pandemic. Earlier this week, the lawn situated at the front of Queen Elizabeth II Centre, in Westminster, was renamed United Nations Green in commemoration of the 75th anniversary. SECURITY COUNCIL This morning, the Security Council held a ministerial-level meeting to mark the 20th anniversary of the establishment of the Counter-terrorism Committee, established through resolution 1373. Vladimir Voronkov, the head of the Counter-terrorism office, began his remarks by noting how quickly the Security Council acted to establish the committee in the aftermath of the 9/11 attacks in 2001. Throughout the last two decades, he said, the threat of terrorism has persisted, evolved and spread, causing unspeakable human suffering and loss. Over the years, he added, the Council has provided critical impetus and guidance for Member States, which has led to important successes, helping Member States to bring terrorists to justice and disrupt additional attacks. Mr. Voronkov said the Security Council’s leadership remains critical to ensure a unified front against terrorism, adding it is essential to reinvigorate international counter-terrorism cooperation during and after the pandemic, with a focus on emerging threats and challenges. Also speaking at this session was Michèle Coninsx, the Executive Director of the Counter Terrorism Executive Directorate. She said that the COVID-19 pandemic has further complicated an already challenging threat landscape. She added we must ensure that future counter-terrorism policies respect the rule of law and are both human rights-compliant and gender sensitive. YEMEN The U.N. continues to be extremely concerned about the potential impact of the US designation of the Houthis as a foreign terrorist organization on the humanitarian situation in Yemen – particularly on the risk of famine. Yemen remains the world’s worst humanitarian crisis.  Nearly 80 per cent of the population - more than 24 million people - require some form of humanitarian assistance and protection. The situation on the ground continues to worsen as 50,000 Yemenis are already living in famine-like conditions with five million more just one step away. Preventing famine remains the top priority right now. To do so, we need to increase humanitarian funding, support the economy, and push for an end to the violence. By the end of 2020, Yemen’s 2020 Humanitarian Response Plan had only received 50 per cent of the $3.38 billion needed for the aid operations, meaning they only received $1.7 billion of the $3.38 billion needed. That’s less than half of what had been received in 2019. Full Highlights: https://www.un.org/sg/en/content/noon-briefing-highlight?date%5Bvalue%5D%5Bdate%5D=12%20January%202021


Click here for more information, to subscribe to the channel of United Nations or to watch the video on YouTube.
Reported by Pierre Bourdain at January 12, 2022 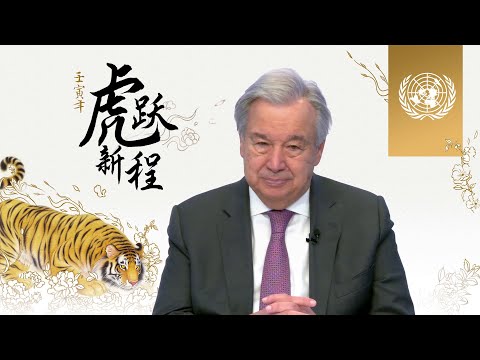