The United Nations of Earth reporting on this issue: "Ukraine, Ethiopia, Iraq/COVID-19 & other topics - Daily Press Briefing (5 May 2022)"
The topics: Noon briefing by Stéphane Dujarric, Spokesperson for the Secretary-General. Highlights: - Ukraine - Ethiopia - South Sudan - Central African Republic - Central African Republic/ Humanitarian - Iraq/COVID-19 - Forests - Somalia - World Portuguese Language Day - Financial Contribution UKRAINE This afternoon, at 3:00 p.m., the Security Council will hold a briefing on Ukraine. The Secretary-General will brief Council members, as well as the Emergency Relief Coordinator, Martin Griffiths, and the UN High Commissioner for Human Rights, Michelle Bachelet. Yesterday, the Humanitarian Coordinator for Ukraine, Osnat Lubrani, said that a new safe passage operation to evacuate civilians stranded in Mariupol and other communities had been completed. Once again, she said, the UN team and colleagues from the International Committee of the Red Cross worked together to bring people who wanted to leave areas experiencing hostilities, and to bring them to safety, with the agreement of the parties to the conflict. Ms. Lubrani said that more than 300 civilians from Mariupol, Manhush, Berdiansk, Tokmak and Vasylivka are now receiving humanitarian assistance in Zaporizhzhia. She added that while this second evacuation of civilians from areas in Mariupol and beyond is significant, much more needs to be done to make sure that all civilians caught up in fighting can leave, in the direction they wish. The UN work with the parties to guarantee safe passage for civilians will continue. ETHIOPIA From Ethiopia, the Office for the Coordination of Humanitarian Affairs (OCHA) today said that a convoy of 27 trucks carrying nearly 1,000 metric tons of food and other essential items reached Mekelle in the Tigray region last weekend – that’s the 29th and 30th of April. This was the fourth humanitarian convoy that reached Tigray since the transport of aid resumed at the beginning of April, following more than three months of interruption. In total, 169 trucks have reached Tigray since convoys resumed, transporting some 4,300 metric tons of desperately needed aid supplies. Food and other aid from these convoys have been dispatched from Mekelle to priority areas across Tigray where they are being distributed. Fuel that has recently arrived is also allowing critical operations to be expanded. The rate at which aid is arriving into Tigray, however, remains a small fraction of what is needed. Essential services including electricity, communications networks and banking services remain largely cut off. The UN and its partners continue to work with the authorities to urgently scale up deliveries of relief supplies into Tigray, including seed and fertilizer ahead of the critical summer planting season. The UN is also working with authorities to expand much-needed assistance in areas of Afar and Amhara regions that have been affected by the conflict. In Amhara, food partners reached some 56,000 people with food in the past week. Since late December, more than 10 million people have received food assistance from Government, the UN, or NGO partners. SOUTH SUDAN The United Nations Mission in South Sudan (UNMISS) today said that that its engineers from six troop-contributing countries are building and improving roads across the country. So far, the engineers – from Bangladesh, China, the Republic of Korea, Thailand, India and Pakistan – and their partners have repaired 3,200 kilometers worth of roads. This week, peacekeepers restored part of the route from Adwong to Malakal, the capital of Upper Nile state. This will facilitate humanitarian access and trade, as well as increase the overall freedom of movement. The UN Mission’s engineers have also finished repairing some of the main roads in Malakal, including the road linking the city with the airport. Full highlights: https://www.un.org/sg/en/content/noon-briefing-highlight?date%5Bvalue%5D%5Bdate%5D=05%20May%202022


Click here for more information, to subscribe to the channel of United Nations or to watch the video on YouTube.
Reported by Pierre Bourdain at May 05, 2022 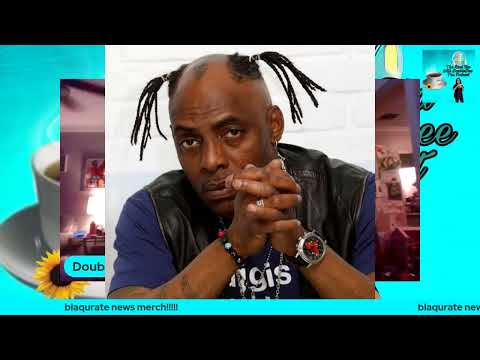