The United Nations of Earth reporting on this issue: "Ukraine, Nigeria, Yemen & other topics - Daily Press Briefing (4 May 2022)"
The topics: Noon briefing by Stéphane Dujarric, Spokesperson for the Secretary-General. Highlights: - Senior Personnel Appointment - Nigeria - Ukraine - Ukraine/Impact of War on Women - Ukraine/Schools - Yemen - Myanmar - Maldives/COVID-19 - Energy SENIOR PERSONNEL APPOINTMENT Today, the Secretary-General is appointing Robert Andrew Piper of Australia as his Special Adviser on Solutions to Internal Displacements. This appointment is a key component of the Secretary-General’s Action Agenda on Internal Displacement. The Action Agenda will help mobilize collective action and advance solutions for the millions of people who today find themselves displaced within their own countries. The Special Adviser will ensure a strong emphasis on sustainable development. As you know Mr. Piper has over 30 years of experience in international development, humanitarian response and peacebuilding at the UN. He is currently the Assistant Secretary-General and the head of the UN Development Coordination Office in the Secretary-General’s office. NIGERIA Quick update from Nigeria, where the Secretary-General is spending his final day on this particular trip to West Africa. He spent the day in the Nigerian capital, Abuja, and a few minutes ago, he spoke to the press after meeting President Buhari. He reiterated the importance of the partnership between Nigeria and the United Nations, adding that the country is a pillar of continental and global cooperation.   Turning to the impact of the war in Ukraine on the African continent, the Secretary-General said the conflict only makes things worse, setting in motion a three-dimensional crisis that is devastating global food, energy and financial systems for the developing world.   Addressing the issue of global food security, he said he is determined to do everything to facilitate a dialogue that can help bring back the agricultural production of Ukraine and the food and fertilizer production of Russia and Belarus into the world markets, despite the war.   Earlier in the day, he had a meeting with Jean-Claude Brou, the President of the Commission of the Economic Commission of West African States, otherwise known as ECOWAS. They discussed the organization’s efforts to address a wide range of governance and security challenges in the subregion, including the political transitions in Guinea, Mali and Burkina Faso. The Secretary-General reiterates the United Nations’ support for the work of ECOWAS.  And at UN House, the Secretary-General took part in a wreath-laying ceremony to honour the memory of 23 of our colleagues and others who died in the 2011 terrorist attack on the UN House in Abuja. The Secretary-General will be starting his migration back home to New York and he’ll be here tomorrow in the morning. UKRAINE Turning to Ukraine, a few updates for you. Our humanitarian colleagues are telling us that hostilities have been reported in Donetska, Kharkivska and Luhanska oblasts in the east as the overall security situation continues to deteriorate. More fighting and shelling is also being reported in southern Ukraine, including in Khersonska oblast. Missiles reportedly struck power and water stations in Lviv in the west yesterday evening. On the same day a missile attack on railway infrastructure in central Ukraine was also reported – this is a major junction for trains evacuating civilians to the western part. Our humanitarian colleagues note the availability of fuel is declining, impacting people’s ability to move to safer areas. It has also impacted aid deliveries, especially in the hard-hit areas. We, along with our partners, have reached more than 4.1 million people in need of humanitarian aid and protection to date since the start of this war. As of today, for example, 472,000 people have been reached with cash assistance, with nearly $65 million disbursed. Compared with two weeks ago, the number of people receiving cash has almost doubled and as you’ll recall during his visit to Ukraine the Secretary-General stressed that we would very much scaling up our operations. Full highlights: https://www.un.org/sg/en/content/noon-briefing-highlight?date%5Bvalue%5D%5Bdate%5D=04%20May%202022


Click here for more information, to subscribe to the channel of United Nations or to watch the video on YouTube.
Reported by Pierre Bourdain at May 04, 2022

Felicity Mahoney explains that people are less likely to notice damage to the oceans as they don't see it on a day-to-day basis. The ... 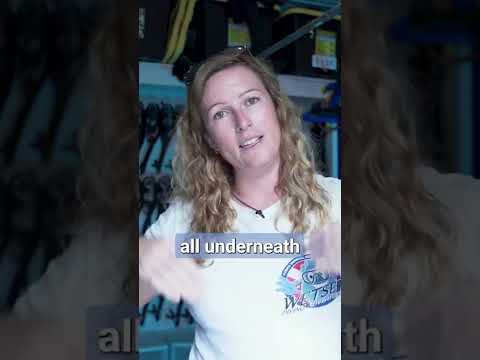