'The British Empire was GOOD!' - Why Ben Shapiro and 'Patriotic' US Conservatives SIMP for the Queen

The UK has descended into complete madness due to the death of her Majesty Queen Elizabeth II. While unfortunate, it is to be expected by a population of people brainwashed to grovel towards unelected heads of state.

While embarrassing, what is even more embarrassing is American Conservatives, the most patriotic of Americans, not only crying about the Queen but actually saying that her reign and her empire where actually GOOD!

Reported by ASTROCOHORS at September 16, 2022

Email ThisBlogThis!Share to TwitterShare to FacebookShare to Pinterest
Labels: EU, Monarchy, The Kavernacle

MAGA Influencers’ most DERANGED conspiracy BACKFIRES before their eyes

MAGA influencers such as Donald Trump Jr. and Charlie Kirk spent the past few weeks spreading the most heinous conspiracy theories imagin... 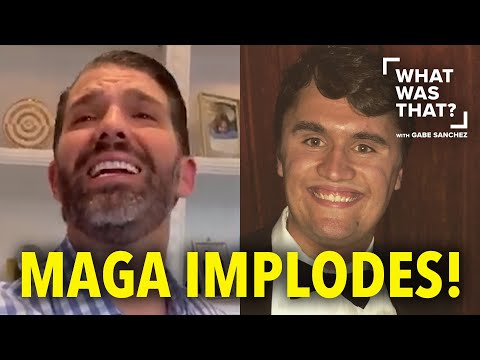